A free Saturday lunchtime concert at 1pm on 18th January at 1pm. Retiring collection with donations for Light Project Peterborough and Garden House.

Here is the line up so far:

Following the Easter break concerts will resume on 21st April with a solo piano concert by Irena Radić. Other dates already confirmed are:

Tuesdays Till Two is taking a break over the Christmas period, but there are still plenty of events at St John’s in coming weeks.

First, on 15th December at 6.30pm is the annual Festival of Lessons and Carols, to be followed by mince pies and mulled wine. 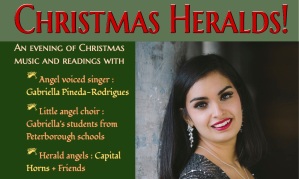 Then on 20th December, also at 6.30pm we have Christmas Heralds!

On Christmas Eve there will be a Crib Service at 3pm, and  the Midnight Eucharist of the Nativity at 11.30pm.

2019 has been a fairly quiet year for evening concerts at St John’s, but 2020 is already looking much busier:

Tuesdays Till Two lunchtime concerts will return on 18th February with a season of concerts all featuring performers appearing for the first time. 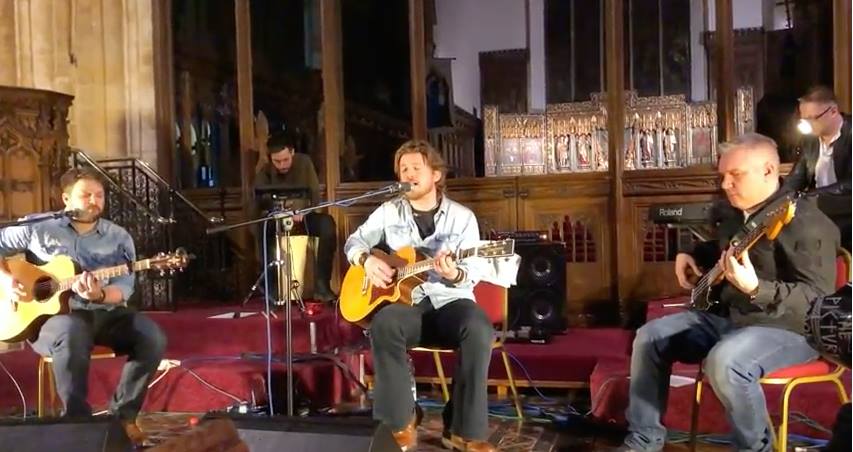 Austin Gold return to St John’s to perform songs from their two albums, plus some of their favourite covers. All played acoustically in the beautiful settings of St John’s. You can watch video from their March 2018 concert here.

Tickets, price £7, are available from wegottickets (70p booking fee applies). Doors open at 8pm, the performance starts at 8.30pm and will end around 10pm. 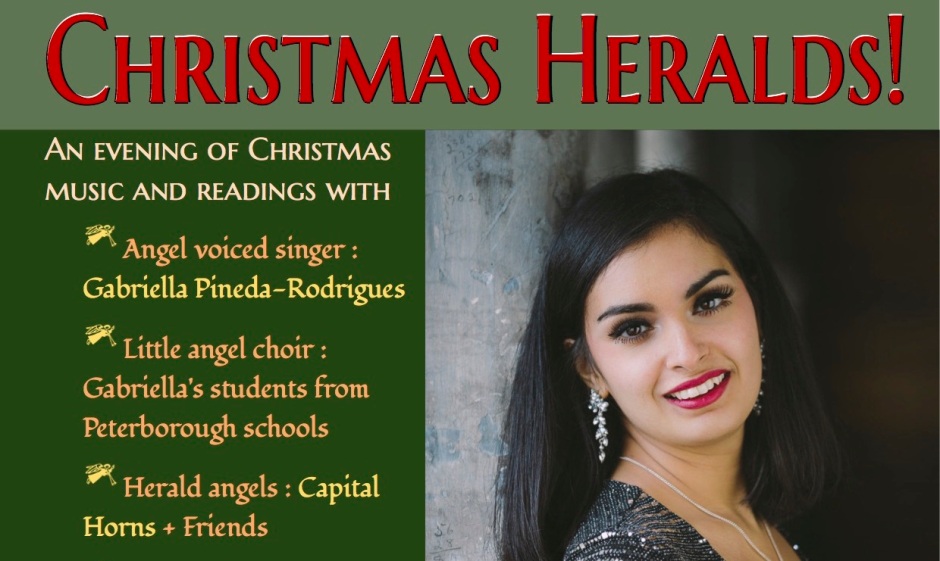 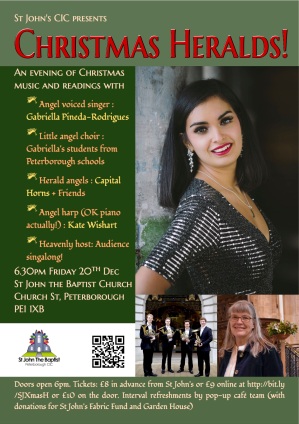 After the success of our “A Christmas Garland” concert last year with mezzo-soprano Gabriella Pineda-Rodrigues, St John’s CIC is proud to present “Christmas Heralds”, an evening of Christmas music and readings, songs and carols featuring the outstanding talents of Gabriella and accompanist Kate Wishart, the bold sound of Capital Horns (& friends!), the voices of a choir of Gabriella’s students from various schools around Peterborough, and unusual but very Christmassy interval refreshments from the Tuesdays Till Two pop-up café team.

Further details of the programme for the evening will be announced soon.

Last year A Christmas Garland was our biggest evening event of 2018, enjoyed by around 150 people, and raising over £250 for Safer off the Streets and we are expecting this year’s event to be just as popular. Advance tickets are available online for only £9, and a limited number of tickets are available at a special early-bird price of £8.50 until the end of November. Advance tickets will also be available from St John’s at £8. Any tickets remaining will be available on the door at £10. 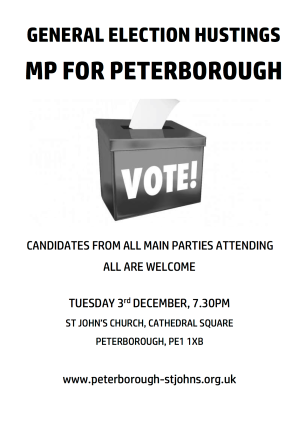 On 12th December, voters across the country go to the polls to elect new MPs in a General Election. On 3rd December St John’s will be the venue for a hustings where members of the public can put questions to some of the candidates standing in the Peterborough parliamentary constituency. The candidates from all the main parties have been invited. All are welcome to attend to hear the candidates answering questions asked by members of the audience.

The following candidates have been invited:

To submit a question for the hustings, please email it to the St John’s parish administrator, Jonathan Hanley ( office@peterborough-stjohns.org.uk ), or you can submit it by phone by calling the parish office on 01733 563978.

Our annual Cards for Good Causes stall will be opening for business on 16th October, which means that Tuesdays Till Two will be migrating to the café end of the church. There are six dates altogether:

St John’s will also be one of the venues for the Gateway Film Festival which takes place in various locations in Peterborough and Wisbech between 13th and 17th November. Two films will be screened in St John’s on 16th November. Between 2pm and 4pm there will be a screening of the oldest surviving animated feature film, Lotte Reiniger’s “The Adventures of Prince Achmed”. This will be followed by a shadow-puppet making workshop where you’ll be able to make your own Reiniger style shadow-puppets. Then at 6pm there will be a screening of Jean Cocteau’s “La Belle et la Bête” (Beauty & The Beast).

St John’s will also be the venue for a Vintage and Retro fair on Saturday 30th November. This free event will take place between 10am and 4pm. For more details please visit this facebook event.